How to Unblock WhatsApp Calls

Many countries have blocked voice and video calls from WhatsApp because WhatsApp offers it for free and they wanted to impose fees in exchange for this service, if you face issues while trying to call from WhatsApp, here we will teach you how to unblock WhatsApp calls for free.

How to Activate WhatsApp Calls?

In order to unblock WhatsApp calls, and to be able to activate the voice and video calls, you need a VPN application, whether you are using Android or iPhone, we will show you how to use VPN application to unblock whatsapp calls for free.

We chose the application Turbo VPN because it works on both Android and iPhone, and it is very effective in terms to activate WhatsApp Calls.

First you need to download Turbo VPN and install it, when you open the application tap the screen so you connect to a VPN server.

You will see all the countries that you can connect the VPN to, choose any country you want, but the countries with the golden crown next to them are not free, so choose a free one like Germany.

Turbo will ask a permission to monitor network traffic, so it can set up a VPN connection, click Ok.

If the connection was successful, a message will appear saying that the VPN connection is working.

Now you can go to WhatsApp and activate the voice and video calls. 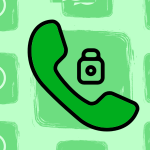 How to Disable WhatsApp Calls 2023

How To Activate Banned WhatsApp Number 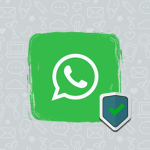 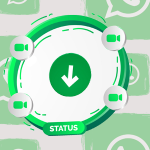 Save WhatsApp Status Without any Application