ANWhatsApp+10 version is the last and most famous version of ANWhatsApp. This version comes in golden color and has a different design than the other versions. In this post, We will go over this copy and offer a link to download anwhatsapp+10 latest version, and show how to run ten copies of ANWhatsApp at the same time.

It’s the tenth copy of ANWhatsApp and you can download nine copies before it. While it has golden icons and it looks gold from the outside, the main screen and chats come in green. You can customize the color of the app and make it gold but if you want to download a golden one from inside and outside, you can download Gold WhatsApp.

The copy works next to the official WhatsApp with a different number.

Note: If the app is already installed on your phone and you want to update it, there is no need to follow the way above. The only thing you need to do is to download the file from above, and then click on update.

How to open ten WhatsApp copies on the same phone?

ANWhatsApp is a special plus copy because it comes with ten copies that can be installed simultaneously. To open ten copies do the following:

Here are the latest features added to the app:

This how the main screen on ANWhatsApp looks like. It has many icons that make it easier for you to reach certain features such as enabling the dark mode, turning off the internet, adding a new account, etc.

This app lets you communicate with your everyone easily and enjoy high levels of Privacy so it offers some options to reject calls like no internet, call declined, and not answered. You can reach this feature from the call settings.

In this section, you have more options to control your privacy where you have the ability to open View Once Media unlimited times, prevent others from deleting messages, and disable forwarded messages.

Change the design of the app

Sometimes you get bored with the design of the app and want to change it. You can control its appearance and the shapes of the icons, as it provides you with a store full of different and colorful themes. 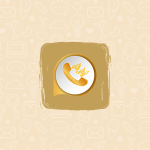 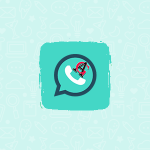 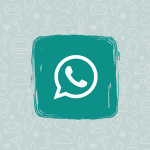 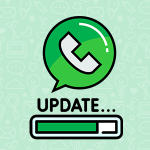